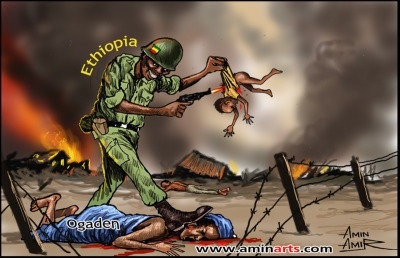 Since 2008 such speculation has vastly expanded. In 2009 alone the Oakland Institute recorded that “foreign investors acquired 60 million ha of land [worldwide] – the size of France – through purchases or leases of land for commercial farming”, up from an annual average of 4m ha prior to 2008. Three quarters of all land deals take place in sub-Saharan Africa, in some of the most food-insecure, economically vulnerable, politically repressive countries in the world – precisely, some say, because of such advantageous commercial factors.

In Ethiopia, land sales are occurring in six key areas: Oromia and Gambella in the south, and in Amhara, Beneshangul, Gumuz, the Sidaama zone and the Lower Omo Valley – an area of outstanding natural beauty with acclaimed world heritage status. According to Genocide Watch, the Ethiopian government’s conduct in Omo and Oromia has “already reached Stage 7 [of 8 in] genocidal massacres”. This is not only shocking, but also casts shame upon the Ethiopian government and the slumbering donor nations who are well aware of the cruel methods, which violate a plethora of human rights laws, employed by the ruling Ethiopian People’s Revolutionary Democratic Front (EPRDF) – a regime whose loyalties, it seems, rest firmly with investors, corporations and multinationals and which cares little for the people living upon the land or, indeed, in the cities.

Conditional within land lease agreements is the requirement that the government will clear the area of “encumbrances”, meaning indigenous people – families, children, pastoralists, cattle, wildlife, forests, anything that will interfere with the leveling of the land, building of (foreign) workers’ accommodation, roads and the eventual sowing of crops.

The national three-year villagization programme, initiated in 1985, aims to move 1.5 million people from their ancestral homes, over four states, into large settlements. The process is well under way, according to the human rights organization Cultural Survival. It says: “by February 1987, 5.7 million people (15 per cent of the rural population) had been moved into 11,000 new villages. By the end of this year [2010], 10 million rural inhabitants (25 per cent of the population) are expected to be villagized in 12 of Ethiopia’s 13 provinces.”

Government propaganda justifying the policy states these new village centres will “facilitate the provision of human social services by concentrating scattered homesteaders into central communities”, and facilitate “agrarian socialism”. Hence the leasing of mega chunks of land to multinational corporations, without the participation of local people, whose land is being taken from them: a totalitarian version of socialism.

Contrary to federal and international law, which requires the free, informed and prior consent of the people, this mass movement is being carried out without consultation or compensation, no matter the official claims to the contrary.

In August 2012 Human Rights Watch reported that “Villagers who have been unwilling to move, or who refuse to mobilize others to do so, have been arrested and mistreated by the soldiers”. Once forcibly emptied, villages are destroyed and cattle killed or confiscated by government troops, the Oakland Institute reports. Along with pastoralists, who number around 300,000 in Gambella alone, villagers are forcibly herded into villagization camps. And these, despite government promises to “provide basic resources and infrastructure”, have inadequate food, agricultural support and health and education facilities”.

Resistance to moving is met with abuse and violence. Human Rights Watch detailed report Waiting Here for Death, found that in Gambella, where the government plans to “relocate” 225,000 people,

soldiers frequently beat or arrested individuals who questioned the motives of the programme or refuse to move to the new villages [villagizations]. Community leaders and young men are targeted [scores are arrested without due process]. There have also been credible allegations of rape and sexual assault by government soldiers. Fear and intimidation was widespread.

In a disturbing account of life within and without the villagization centres, the Oakland Institute discovered, most disturbingly, that pastoralists, whose lifestyle and nature is to wander, if “encountered [by the military] outside of villages are told to relocate to the villages immediately”. Such restrictions conjure images of prison life rather than a peaceful, communal village, and contradict the government’s message of willing relocation, good community relations, participation and social harmony.

Such abuse is not limited to Gambella – in the Lower Omo region, where huge, state-owned sugar plantations and the massive Gibe III Dam project are being developed, dissenting voices are, Oakland Institute reports, subjected to “beatings, abuse and general intimidation”, in addition to extra-judicial prison sentencing.

Fear and intimidation are endemic, not just in areas associated with land sales, but throughout the country; suppression is common and freedom of expression greatly restricted. The media – TV, radio, the press as well as print companies, are state-owned, so too is the sole telecommunication company, restricting access to the internet, which is monitored. The judiciary is simply an extension of government, lacking credible independence, and the political opposition is marginalized and completely ineffective. International media are frowned upon and, in some areas (e.g. Ogaden) completely banned, such are the paranoid actions of the ruling EPRDF which, it would seem, has much to hide.

Resentment and anger simmers among many displaced and oppressed villagers. In April 2012 a group of men attacked the Saudi Star compound in Gambella and killed four employees. The men were quickly labelled “rebels” and a military manhunt was instigated.

Although criminal act should be treated as such and the perpetrators brought to justice, government forces reacted with unwarranted unjustifiable violence and aggression to innocent civilians. According to Human Rights Watch, “Ethiopian soldiers went house to house… arbitrarily arresting and beating young men and raping female relatives of suspects”. Any excuse, it seems, to unleash state violence, perpetrated by a regime that mistrusts even it’s own people.

After the attack on Saudi Star, a company that has leased some 10,000 ha of prime Gambella land, the Ethiopian military accused four Anuak guards on duty at the time of involvement in the attack and carried out extra-judicial killings (i.e. murder) on them all. Local villagers alleged they were tortured, and women and girls raped either in their homes or in detention.

By any reasonable reading, these illegal acts by the Ethiopian state fit the US military’s definition of terrorism, namely, “the calculated use of unlawful violence or threat of unlawful violence to inculcate fear; intended to coerce or to intimidate governments or societies in the pursuit of goals that are generally political, religious, or ideological”. 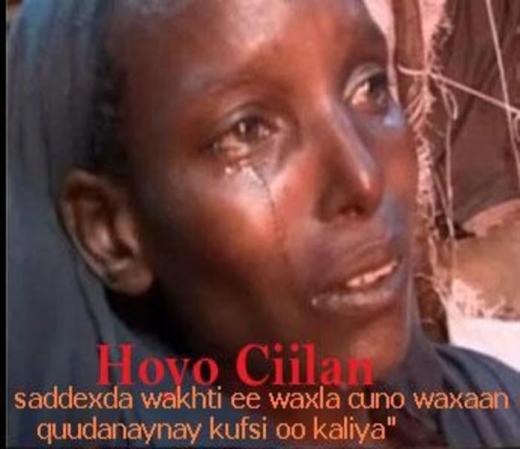 The government proclaims that land sales are part of a strategic, long-term approach to agricultural reform and economic development, that foreign investment will fund infrastructure projects, create employment opportunities, help to eradicate hunger and poverty, and benefit the community, local and national.

The term development is itself an interesting one: distorted, linked and commonly limited almost exclusively to economic targets, meaning growth of GDP, established principally by the World Bank, whose policies and practices in relation to land sales, the Oakland Institute claims, “have glossed over critical issues such as human rights, food security and human dignity for local populations”. Meanwhile, the World Bank “philanthropic” sister, the International Monetary Fund, imposes a market fundamentalism that promotes models of development seeking to fulfil corporate interests above all else.

Defined in such limited ways, Ethiopia, having somehow achieved impressive GDP growth figures since 2004 (with a dizzy 9.8 per cent average similar to that of India), would seem to be in the premiership of development. Inflation, though, sits at 30 per cent and, while unemployment in urban areas has dropped to around 20 per cent, over a quarter of young people aged 18-24 remain out of work. High unemployment in urban areas means young women are often forced into commercial sex work or domestic servitude.

Statistics compiled by the United Nations Development Programme provide a broader, less GDP-rosy picture of the country. They place Ethiopia 174th (from 187 nations) on the Human Development Index, with average life expectancy of 59 years and 40 per cent of people living in poverty (on less than 1.25 US dollars a day). The 2012 Global Hunger Index makes Ethiopia the fifth hungriest country in the world, with between 12 and 15 million people a year relying on food aid to keep them alive. What growth there is benefits the rich, privileged minority.

There is a growing divide between the 99.9 per cent and the small number of wealthy Ethiopians who, coincidentally, are mainly members of the ruling party, particularly the tiny Tigrayan minority community to which former Prime Minister Meles Zenawi belonged.

According to the Oakland Institute, those laying claim to the all-inclusive healing powers of agriculture and agro-industrial projects contradict “the basic facts and evidence showing growing impoverishment experienced on the ground”. What about the promised bumper benefits, particularly the numerous employment opportunities? It turns out industrialized farming is highly mechanized and offers few jobs, and the overseas companies that run it bring the workers they need, and are allowed to do so by the Ethiopian government, which places no constraints on their operations.

Such shameful indifference contravenes the letter and spirit of the United Nations “Protect, Respect and Remedy” Framework. Endorsed by the UN Human Rights Council on 16 June 2011, its principles “provide an authoritative global standard for preventing and addressing the risk of adverse impacts on human rights linked to business activity”. Corporations have a duty under the framework to “prevent or mitigate adverse human rights impacts that are directly linked to their operations … even if they have not contributed to their impacts”. Although not legally enforceable, these principles of decency offer recourse to human rights organizations and community groups, and should be morally binding for multinationals whose profit-driven activities in Ethiopia, facilitated by a brutal regime that ignores fundamental human rights, are causing intense suffering to hundreds of thousands of indigenous people.