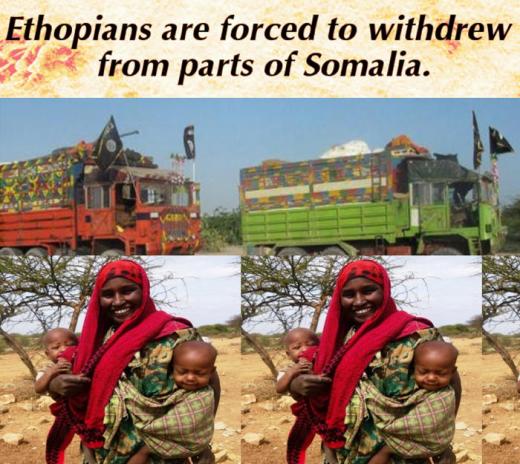 The Governor of Wilayah Bay and Bakol Sheikh Mahad confirmed that the district of Hudur is in the hand of the holly warriors, Harakata Al shabab Al-mujaheddin, And they removed the colonial Ethiopian flag and it has been replaced with an Islamic flag. The governor thanked Allah, and he announced that Ethiopians will be leaving other parts of Somalia all together. Meanwhile, Sheikh Mahad said Somalia belong to Somalis and neither Ethiopia nor Uganda.