Kenya will reduce its troop presence in Somalia by about 20 per cent in the coming weeks, according to a report to the United Nations (UN) Security Council.

A battalion of 850 Sierra Leone troops is scheduled to be added to the African Union Mission in Somalia (Amisom) in February and March, with Kenya reducing its deployment by one battalion, the report says.

Kenya had a total of 4,652 soldiers assigned to Amisom as of last November, UN secretary general Ban Ki-moon tells the Security Council in a report expected to be discussed next week.

The scheduled reduction to around 3,800 Kenyan soldiers comes amid complaints that the UN has paid only a small fraction of the $132 million it had agreed to provide Kenya by this July as reimbursement for contributions to Amisom.

The UN has paid less than $1 million of that sum. Kenyan UN Ambassador Macharia Kamau told the Security Council last month that delay in paying the pledged amount is “unacceptable and unsustainable.”

Amisom detachments in Lower and Middle Juba, which consist mainly of Kenyan troops, “have deprived al-Shabaab of revenue from seaport taxation, custom duties and smuggling of contraband, notably the import and export of charcoal and sugar,” the report notes.

At the same time, however, “al-Shabaab has intensified its outreach in the region, attempting to establish links with local extremist groups,” the report warns.

“It continues to recruit fighters in neighbouring countries, train them and facilitate the return of those who want to wage war against their homeland, as demonstrated by the recent spate of attacks in Kenya.” 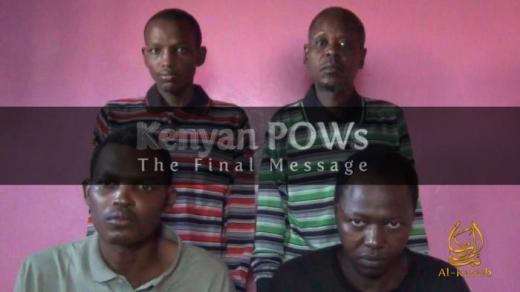